My Chat With The Cat About The Bat

I’ve had many conversations with people about Batman, but last night I had a Batman conversation I will never forget: With Catwoman. At a reception for the opening of a local production of The Fantasticks, I met Lee Meriwether (she played The Mute in the show). To me, she is best known as Catwoman, aka Ms. Kitka, in the 1960s Batman movie. She is also a former Miss America. And at age 77 she is as beautiful as ever.

At first, I kept my conversation simple. I mentioned I had seen her two years ago at The San Diego Comic Con. She impressed me right of the bat (ha!) by telling me all the money she raised at signing went to charity. Wow. I told here about GEEKS and the has-been actor who was a little not quite as gracious as her. She loved the concept and asked to read it (hmmm… Melony Tyler anybody?

For me, that would have been enough. But as the night went on, I had more opportunities to speak with her. We had a nice conversation about San Francisco and how great it will be when the express train between there and LA opens.

Eventually I got the courage to ask her more about Batman. Starting with if she recalled Kitka’s full name. Not only did she rattle it off in a heartbeat, but she quoted the rest of the scene (from Commissioner Gordon’s office when she tries to get a picture of Batman). As a fan boy, I about wet myself.

She went on to say how wonderfully fun it was. That opened a conversation about how great a character like Batman was. How every generation had a Batman of their own. I told her I’d love to create a character like that. “Who wouldn’t?” she replied.

I asked her what she thought it was that made Batman so popluar and multi-generational. She believed it was because he didn’t have super powers. He used his brains and own strength to fight for what was right. And it was his beliefs that gave him his drive.

That brought us to the subject of the Chris Nolan Films. Though she liked them all, she felt the first two were too dark. She loved that that 1960s Batman movies were made for the whole family, from kids to grandparents.

But she did say she like The Dark Knight Rises more than the others. She admits that maybe by this time, she was desensitized to the darkness. And yes, she loved Anne Hathaway as Catwoman.

I told her I loved every incarnation of Batman. From the 40s serials, to the 60s show, to the Time Burton movies (we’ll just ignore Joel Schumacher here), to the animates series and all the way up to the Chris Nolan films. I joked with Lee that like it or not she was part of the Batman world. And she was happy to be a part of it.

And for a few moments last night, I felt like I was a part of it as well. 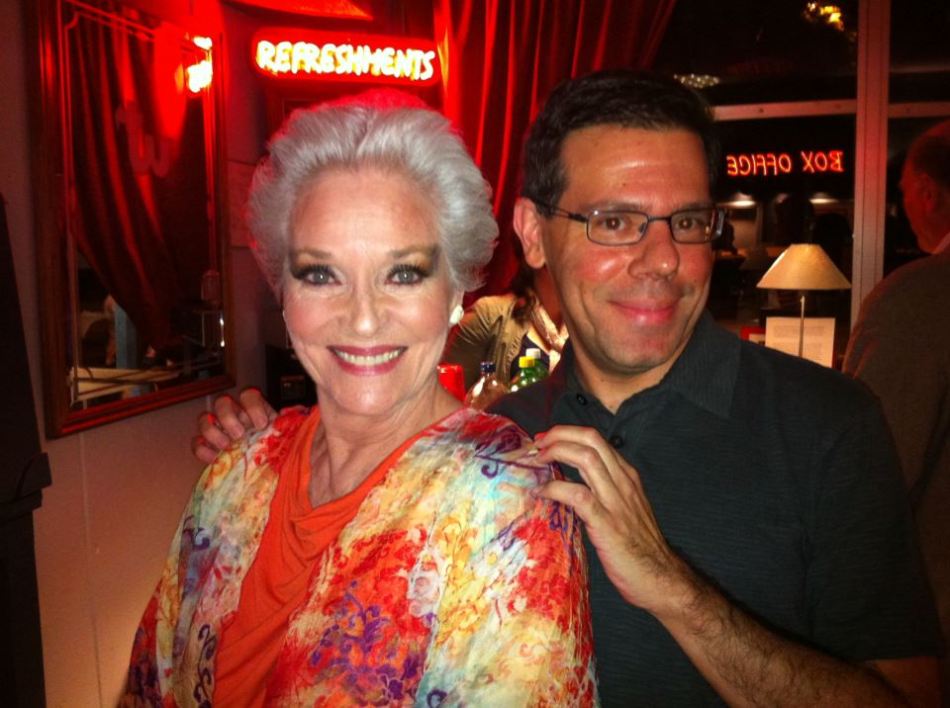 One thought on “My Chat With The Cat About The Bat”